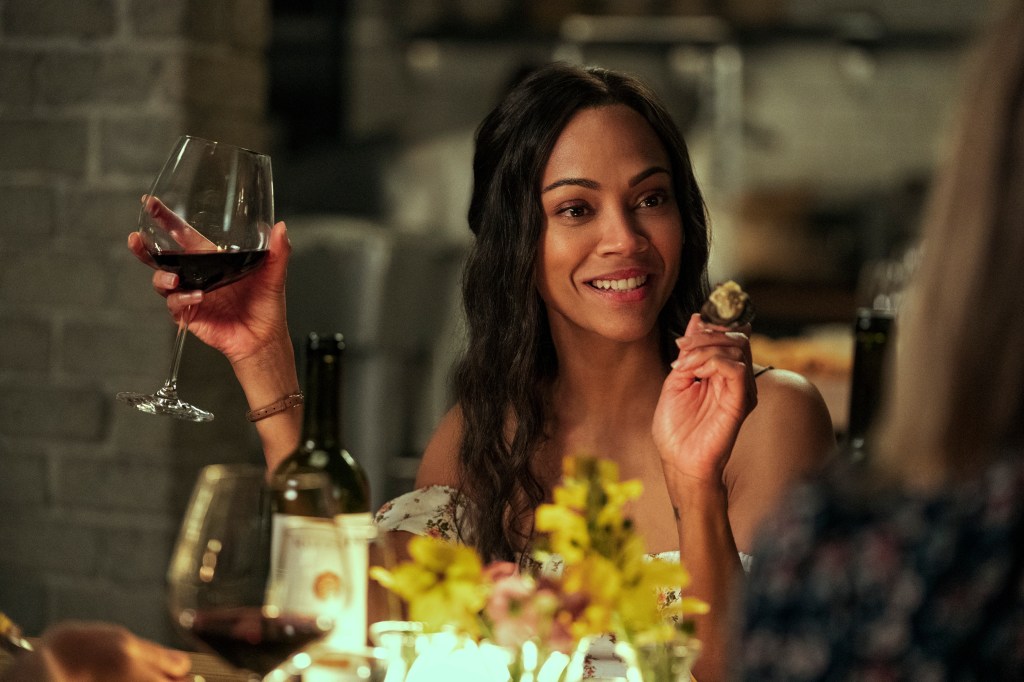 This week’s guest is Zoe Saldana.

Since her “grueling” early years fighting to make it as a prima ballerina, Saldana says she has always pushed back against “being outcast and isolated because I was different.”

From her mom who imbued her with self-belief and refused to let her and her sisters have posters of men on their walls, telling them, “Oh get over it, they’re just singers,” and that men “don’t walk on water,” to the way she is raising her own kids to respect both their elders and themselves, Saldana digs into her past, present and hopes for the future.

Currently, she is working on Lioness, the upcoming spy thriller series from Yellowstone scribe Taylor Sheridan, based on a real-life military program. Saldana is starring and executive producing alongside Nicole Kidman.

And come mid-December, Avatar fans will finally get their sequel fix with Avatar: The Way of Water. Saldana says viewers can look forward to a look at “the other 80 percent” of the submerged world of Pandora in a film that explores not only colonization but also the abuse of our environment. As she puts it, “Get ready man!”

Saldana also gets super real about the backlash around her casting in the 2016 biopic Nina, and how she has processed that experience.

To hear the full interview, including Saldana’s belief that left-handed people are the “only ones in our right state of mind,” even though she jokes, that “may not even be f—ing real,” check out this episode of 20 Questions on Deadline above, and listen and subscribe on Spotify and Apple podcasts.